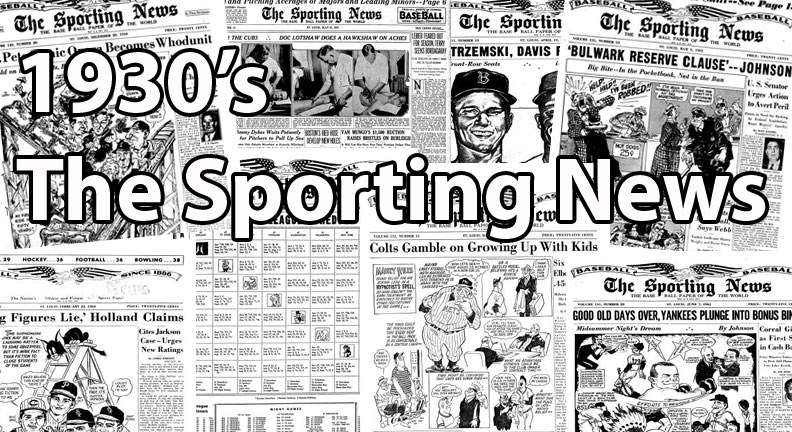 Click here to read more about The Sporting News issues from the 1930's!

CLICK HERE if you want to sell your 1930's Sporting News cards.