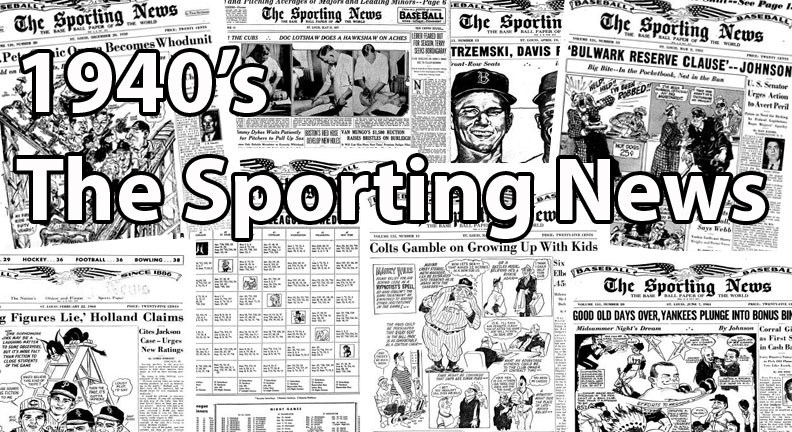 The Sporting News is the longest running periodical dedicated to sports today. It began its' long history in 1886 in St. Louis, Missouri, by editor and publisher Alfred Spink and became known as "The Bible of Baseball." It wasn't until after WWII that TSN started reporting on other sports including football, basketball, and hockey.

The Sporting News was released on a weekly basis and featured baseball news, editorial pieces, and rumors. TSN was printed in black-and-white and included box scores from all major league games. In 1945, TSN changed its size to 12" by 16½" and no longer required a horizontal fold. The 1940's also ushered in the era of caricatures.

Click here to read more about The Sporting News issues from the 1940's!

CLICK HERE if you want to sell your 1940's Sporting News cards.