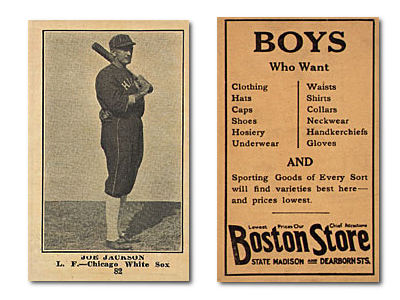 The cards feature text in black ink on a sepia card stock.  There are several of the 1919 "Black Sox" who have cards included in the Boston Store Set.