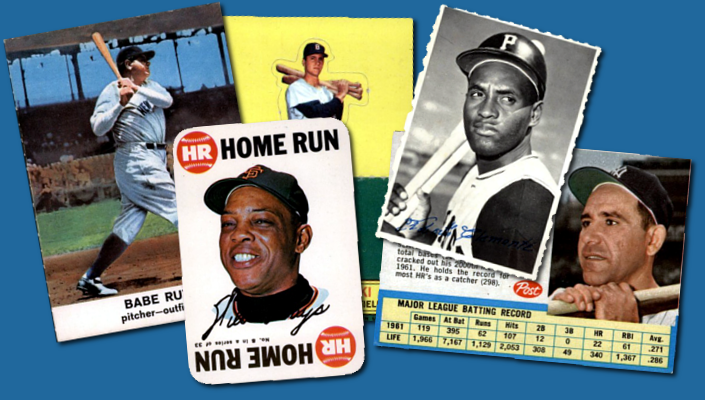 Looking for Complete Baseball Sets from the 1960s? Click Here

The 1964 Topps 7th series begins with card #523. Although these cards were issued in slightly fewer numbers, they are relatively easy to find, when compared to some of the other "high numbered" cards from the decade.  The 1964 Topps set has the weakest rookie card class of the 1960s, with only: #541 Phil Niekro and #167 Lou Piniella.

Grading Note:  The bottom of each of the card backs contains a trivia question and blank white box, that can be rubbed with a coin to reveal the answer.  Cards where the white box was scratched with a coin, to reveal the trivia answer, are considered to have a "Minor Flaw" and are lowered by one grade, assuming the scratching process did not damage the card.

CLICK HERE if you want to sell your 1964 Topps Baseball Cards.